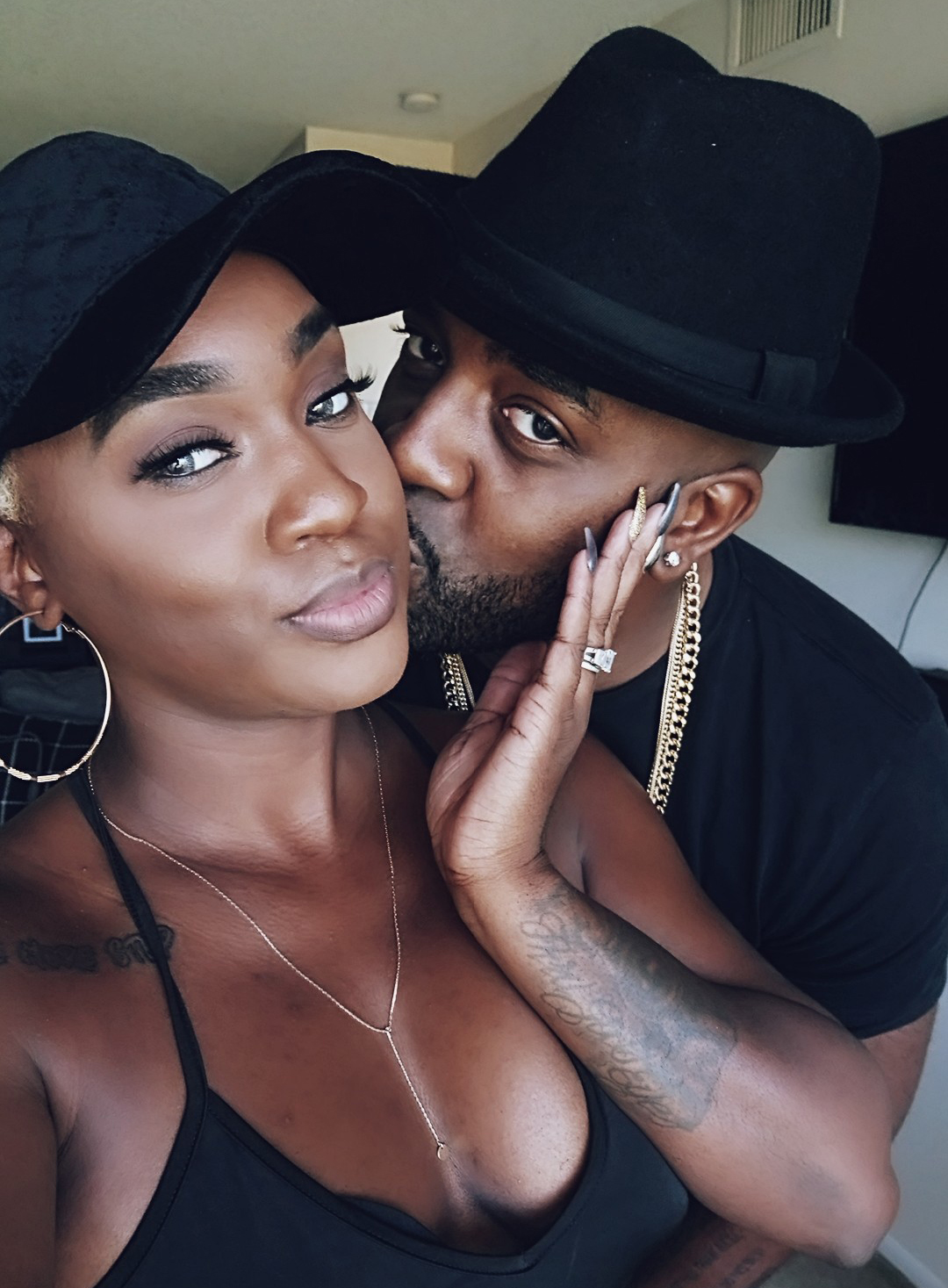 Call me a savage, but in my dating days, I could care less if he said he had a girlfriend. The words that scared me off was “wife” and “broke”.  To me and the government, if you only have a girlfriend, then that means you are single. Shelton (my now husband) had a girlfriend when I met him. Imagine if I let that relationship stop me from getting what I wanted. Too many women give up because he has a girlfriend… until he is married… you still have a chance.

I remember seeing Shelton step out of his black navigator. He had on the black peacoat, he was clean cut, and had this looking of sincerity on his face. I knew before he spoke a word to me that he was a good guy. At the time, I didn’t want him. I had just got out of a heartbreaking relationship, and getting into another one was not on my list of things to do. I ignored him at first. The more I tried to avoid him, the more he found a way to speak to me. After a while I was really feeling him.

One night we went out for drinks and someone mentioned that we look like we were a couple to which he replied, “no no no, I’m in a relationship. I have a girlfriend.” Now, the average woman would have been crushed. I’m not the average woman. I didn’t count myself out immediately. I just thought to myself, “that will change”. I’m a long game type of player. I’m a patient person and understand not to pull biscuits out the oven until they are done. Well, these biscuits took 3 long years to bake. But once they were finished, they tasted very good. And that little girlfriend he had was far removed from our situation.

I’m not bragging about stealing Shelton away from his girlfriend. That’s not what I did. I waited for God to bring him to me. I didn’t allow his current situation to determine the future I knew God had for me. I understand blessings take time and God’s timing is perfect. I encourage you to play the long game. I’m not speaking specifically about relationships, I’m talking about life in general.

If God has shown you a house, you will get that house. You don’t have to force it to happen. Just play your role and wait for your number to be called. God is not a liar, so if He says it’s going to happen for you, it will. Yeah Judy is in the position at work that you know is really for you. Just because Judy is there now doesn’t mean it won’t be you later. In earlier days of being around Shelt when he had a girlfriend, I learned how to be his friend. I learned what he liked and didn’t like in a woman. I learned from the mistakes of his girlfriend. I learned how to be there for him in ways she wasn’t. When it came time for us to be together, it was effortless. I knew what to do. We were ready for a relationship. I knew how to be the woman he wanted.

During your time of waiting, prepare yourself. Learn all you can learn. Be ready for the time when God promotes you. Don’t force it. If I had of pushed my way into Shelt’s life, we probably wouldn’t be together today. (I was a savage and had this thing where I dated multiple guys).  “Girlfriends” never stopped me, and they shouldn’t stop you either.